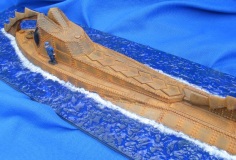 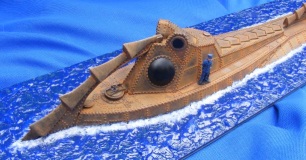 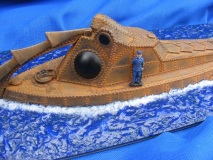 Model shown assembled, painted and based and when assembled measures approximately

FIGURE NOT INCLUDED and shown for size comparison only.

Figure is British Naval Officer by Copplestone Castings. Available from