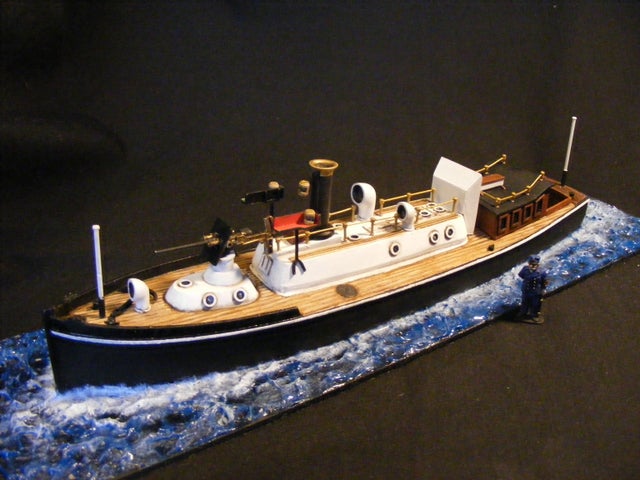 The Royal Navy picket boat was an incredibly successful design which was introduced in its original configuration in 1867. This model represents a typical example from the 1880’s onward. They were designed for use on capital ships as guard ships, harbour patrol ships and for transporting landing parties and personnel ashore. By the end of WWI about 620 were in service and some were still in use in WWII. They could be armed with a 3 pounder Hotchkiss gun forward and during the Victorian period a Nordenfeldt 5 barrel machine gun on a pedestal mount could be placed on the rear cabin roof or a Maxim gun during later periods. Some were even fitted with 14” torpedoes. They were capable of 12 Knots.

Resin Hull with resin and white metal fittings. Includes painting guide and simple instructions on how to make a waterline base

Photo shows waterline base and 28mm Copplestone Castings Royal Navy figure WHICH ARE NOT INCLUDED and are included for scale purposes only.